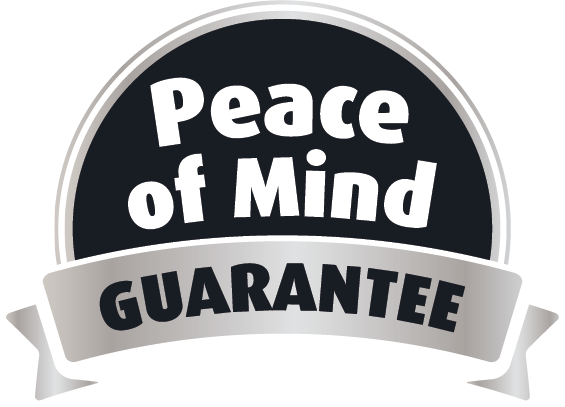 Experience the new Great Southern train journey between Brisbane and Adelaide with 4 nights accommodation in Adelaide including a city tour, a Hahndorf, Mt Lofty Ranges & Adelaide Hills Tour, river cruise and flights. Discover this unforgettable luxury railway adventure with your amazing off-train adventures included in this 7 day package from Adelaide to Brisbane (or Brisbane to Adelaide). Enjoy 4 nights in Adelaide with amazing tours and then board the Great Southern to explore some of Australia’s most beautiful and remarkable destinations, including guided touring in the Grampians and Canberra with a memorable Northern NSW Coast brunch. Upgrade to the extended 3 night Brisbane to Adelaide direction journey for extra a day aboard the train with guided touring in Northern NSW Coast, Hunter Valley and Regional Victoria and Twelve Apostles.  Themes include: South Australia, Australian Capital Territory, New South Wales, Queensland, Departs from Adelaide, Great Southern, Luxury Coach, Returns from Brisbane. + Show more

The new Great Southern train has become as iconic as its sister train journeys The Ghan and Indian Pacific, but only operates during summer each year. Enjoy the same private cabins, dining experiences and friendly crew aboard this completely new railway journey, that uses the same rollingstock as the long-established and popular Ghan and Indian Pacific. Experience the same hallmark quality of off-train activities and escorted touring across these new spectacular locations. The Great Southern is different in each direction.
You have the option to take the Great Southern in either direction:
Adelaide to Brisbane (2 nights, 3 days) - Monday departures
The Adelaide-Brisbane journey includes touring in The Grampians, Canberra and a special beachside dining experience on the Northern NSW Coast.
The Grampians
Explore one of Australia’s most stunning wilderness regions, boasting sandstone mountains, wildflowers, waterfalls and native fauna such as echidnas and wallabies.
Canberra
There’s more than just politics in our nation’s capital. While the jewel in Canberra’s crown is Parliament House, it is also home to landmarks such as the National Portrait Gallery, Australian War Memorial and the National Arboretum. There are plenty of opportunities to delve into this city’s art, history and culinary culture.
Northern NSW Coast & Brisbane
Enjoy brunch with stunning seaside views on the northern NSW coast - a stone’s throw from Coffs Harbour.
Note: Ex Brisbane passengers finishes in Brisbane at the Brisbane train station (without transfers or flights).
Brisbane to Adelaide (3 nights, 4 days) - Sunday departures
The extended Brisbane-Adelaide journey gives you an extra night aboard the train and features a beachside dining experience on the Northern NSW Coast, as well as time spent in the stunning Hunter Valley wine region, regional Victoria and the incredible Twelve Apostles.
Brisbane & Northern NSW Coast
Watch the sun dip into the horizon as you dine to the sounds of the waves lapping on the shore. The Northern NSW Coast stretches across 90km of incredible sandy beaches and some of the best surfing breaks in the world.
Hunter Valley & Surrounds
Pass the Semillon and Shiraz! Take the time to meander through the picturesque Hunter Valley vineyards, home to world-renowned brands and family-run boutique cellar doors alike.
Regional Victoria & Twelve Apostles
Embrace the pastoral perfection of regional Victoria and its paddock-to-plate dining ethos. Ascend the dramatic cliff faces along which the famous Great Ocean Road passes and marvel at the Twelve Apostles – a majestic collection of crumbling pillars rising from the Southern Ocean.
Note: includes an extra night on the train, plus enjoy an extra night in Brisbane (except ex Brisbane passengers). Ex Brisbane passengers join on day 2 at the Brisbane train station (without the hotel or transfers in Brisbane) but with the inclusions on all other days.
See below for full details on your Great Southern journey.

The beautiful city of Adelaide offers a seductive mix of sensational food and wine with fantastic cultural, art and shopping opportunities, the city is the gateway to some of Australia's premier wine regions and the vibrant city centre is abuzz with lively cafes, bars and restaurants, historic buildings, wide streets and manicured parklands add to the city's wonderful aesthetic appearance.
Spend the day exploring Adelaide at your own leisure.
Overnight Adelaide Accommodation.

See Adelaide from the best seat in the house, by cruising along The Torrens River in the heart of the city in a heritage icon. The Torrens River is the most significant river and was one of the reasons for the siting of the city of Adelaide. Board the famous ‘Popeye’ for a truly memorable scenic cruise on the Torrens River. Take in the picturesque scenery and prolific birdlife as you cruise through the heart of this wonderful city.
Then your friendly driver will pick you up in the comfortable air-conditioned luxury coach before sharing experiences throughout Hahndorf, Mt Lofty Ranges & Adelaide Hills Tour. Today go to Trendy Hutt Street where Adelaide loves to eat, drink and relax, climb Mt Lofty Ranges for spectacular views over Adelaide from Glenelg to the Gulf of St Vincent, see villages of Crafers, Stirling and Aldgate set amongst the lush greenness of the Adelaide Hills, stop at famous Beerenberg Strawberry Farm, a household name throughout Australia and beyond, visit Australia's oldest German settlement – Hahndorf, stroll under the Elm trees along Hahndorf's main street and discover Quaint cottages, historic inns, artisan food producers, craft shops and tea rooms.
Torrens River Cruise, Luxury Coach Tour, Overnight Adelaide Accommodation .

You will be personally met at your hotel by a DISCOVER AUSTRALIA representative and transferred to the Great Southern railway station to begin your journey to Brisbane.
Embark on the new Great Southern as you travel from Adelaide the 'City of Churches' to the vibrant city of Brisbane, marvel at the beauty passing by your cabin window, the rugged wilderness of the Grampians and rural Victorian countryside, the modern Capital of Australia and political hub Canberra, the stunning seaside vistas of the Northern NSW Coast and onto the youthful and vibrant cosmopolitan city of Brisbane.
See below for full details on your Great Southern journey.
Feel the youthful vibrancy of this modern forward-looking city as you arrive into Brisbane. You will be personally met at the train station in Brisbane by a DISCOVER AUSTRALIA representative and transferred to the airport for your flight home.
Meet and Greet Personalised Arrival Transfer, 2 Breakfast, 2 Lunch, 2 Dinner, Gold Service Cabin on the Great Southern, Off Train Experience The Grampians, Off Train Experience Canberra, Brunch in Northern NSW Coast, Meet and Greet Personalised Rail Transfer.

Explore Australia's south-east in laidback luxury with Australia’s newest rail journey.
With its rugged coastline, sun-kissed beaches, forested peaks, and exhilarating capital cities, the stunning journey between Brisbane and Adelaide feels like nowhere else in Australia.
Relax with everything taken care of on board including fine dining, premium wines and world-class hospitality, as you’re transported from buzzing cities to diverse landscapes and natural marvels.
Peace of Mind Guarantee Book with Confidence

*Holiday costs per person, for 2 people sharing, travelling on indicated dates. Subject to limited availability at these prices, after which higher prices normally apply, book now. Prices are subject to change without notice. Select “Single” for solo traveller prices. Booking requests are made subject to availability. Ex Brisbane package finishes at the Brisbane station (without the transfers or flights in Brisbane). Sun departures operate reversed itinerary, with Brisbane to Adelaide train direction, with 1 extra night onboard; with 1 night in Brisbane (except ex Brisbane package which starts at the Brisbane station). Itinerary and vehicle types subject to change without notice. Some governments and service operators have Covid vaccination requirements. Subject to Booking Conditions, see Important Information before booking. © DISCOVER AUSTRALIA Booking Code: mp394

Domestic border restrictions have ended for nearly all States, meaning you:

However, some States and service operators do require proof of vaccination. So all that is required to travel for most Discover Australia packages is to be fully vaccinated. Even WA has now opened up! It is expected that any remaining temporary restrictions will end or ease over coming weeks – since all governments have detailed strategies to live with Covid and to enable their tourism industry to flourish again. See current travel requirements here.

Many travel insurance providers are now offering good cover for Covid, including:

Insurance cover can be very inexpensive, like only $150 for three weeks in Europe#. We strongly recommend taking out travel insurance with Covid cover. Following are some insurance companies: Medibank | TID | AHM | NIB Book now to secure the best deal and biggest savings. Use part of your Early Bird savings to pay for your travel insurance!